Get fresh music recommendations delivered to your inbox every Friday.

by Disguised as Birds 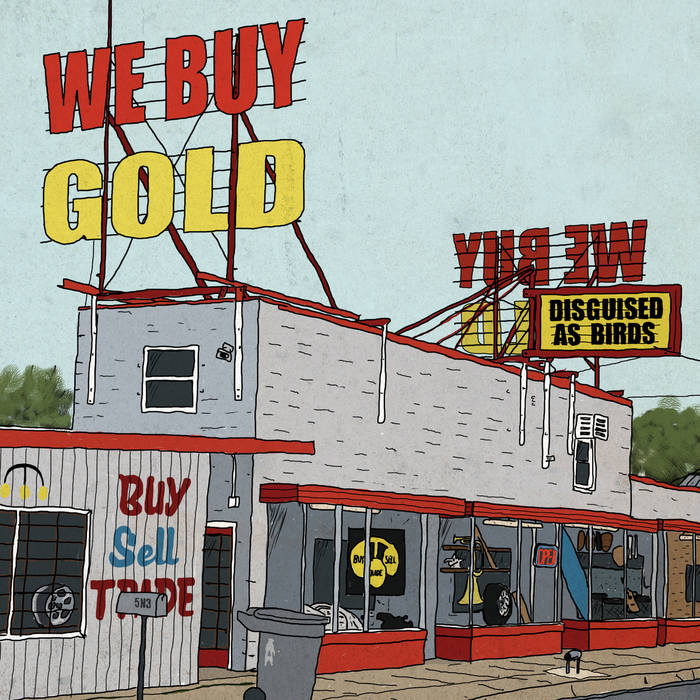 Disguised as Birds wrap it up with one more fantastic four song EP. Deciding to call it a day, while giving themselves the time to do it right, allows the band to put an exclamation point at the end of their discography. This is how it’s done folks. Enjoy.

Milwaukee will never lack post-hardcore bands that sound like Fugazi—at any point there are at least a handful of visible ones playing multiple shows each month—but Disguised as Birds, a quartet that announced their break up this month after nearly 10 years together, was one of the few that genuinely captured the excitement of Fugazi. Remember that incredible footage in Instrument where Ian MacKaye and Guy Picciotto duel on stage, assuming battle positions and taking turns either building up or tearing down their counterpart's contributions? Disguised by Birds vocalists Chris Chuzles and Kris Endicott brought that same sense of competitiveness and one-upsmanship to their long-running Milwaukee band.

That invigorating chemistry is perfectly captured on the band's final EP, We Buy Gold, produced by Call Me Lightning's Shane Hochstetler, who also sat in on drums. On each of these four tracks you can hear Chuzles and Endicott pushing each other, sometimes even goading each other, dialing up the intensity in an ever-escalating game of chicken without ever breaking. Because there are so many bands working in a similar, Drive Like Jehu/Jawbox-esque lane, Disguised as Birds never got the attention or recognition they deserved, but they were an important part of the Milwaukee rock scene, and for years an easy highlight of almost any bill they played on. They're going to be missed deeply.
- ExpressMilwaukee.com

Demos: Geology is run by one person, so I can't respond to all demos, but I do listen to them all. Please send links rather than downloads. ... more

Bandcamp Daily  your guide to the world of Bandcamp

The Hammer and The Relentless from the Boston band Malleus stop by for a chat.